Architecture and design studio, based in Guadalajara, Mexico. Constantly crossing the fragile borders of architecture, design and its intersections with other disciplines.

SEE ALL THE POSTS

Estudio ALA is an interdisciplinary architectural practice based in Guadalajara, Mexico in 2012. Founded by partners Luis Enrique Flores and Armida Fernandez. Luis Enrique Flores graduated from UDG (Universidad de Guadalajara), with a Master´s degree in Landscape Architecture (MLA I AP) at Harvard Graduate School of Design. And Armida Fernandez trained as an industrial designer before moving on to architecture graduated from ITESM Instituto Tecnológico y de Estudios Superiores de Monterrey. She did a Master of Design Studies in the concentration of Risk and Resilience (MDES R&R) at the Graduate School of Design at Harvard University. They have been adjunct professors in the department of architecture in the University of Wentworth University in Boston-USA, lectures and critics in different universities such as Harvard GSD - USA, Veritas University - Costa Rica, National Chiao Tung University- Taiwan, Cheng Kung University -Taiwan, UDG Guadalajara University- Mexico, ITESM Monterrey University – Mexico.

Each project is approached from a multidisciplinary perspective “We believe in the mediation between people and space through the senses. Through design, our mission is to connect time, history, place, and people. To be conscious of how to make the right questions. To dissipate the established limits and the conventional hierarchies in order to produce new forms of behaviors.”  Some of the studio projects have been developed in Pharr- TX –USA, El Pescadero – BCS, Queretaro, Puerto Escondido – Oaxaca, Punta Mita- Nayarit, Jiquilpan – Michoacan, Autlan de Navarro – Jal, Arandas – Jal, and Guadalajara, Jal. Their work has been recognized by the Illinois Institute of Technology for the Mies Crown Hall Architectural Prize MCHAP emerge 2016 and one of the offices selected to participate in the 2018 Venice Architecture Biennale within the Mexico Pavilion, among others. In recent years their work has focused on projects that involve social, cultural, and environmental issues. 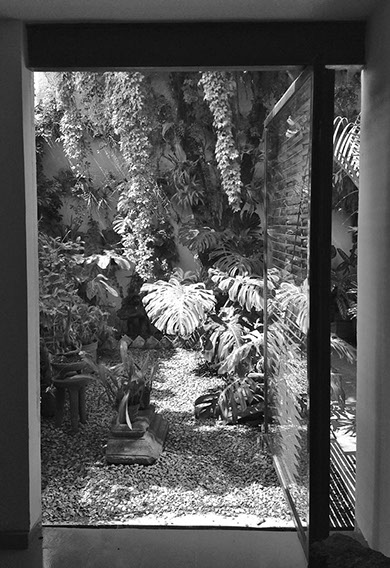